Andrew Abouchar is a founder and Partner of Tech Capital Partners where he focuses on investment opportunities in the enterprise software and systems, and semiconductor sectors.

With over 20 years of experience as an investor in emerging technologies, Andrew is actively involved with a number of companies. He currently serves as a director on the boards of Sidense and Ecobee. Andrew has also been a Director of Sirific Wireless (acquired by Icera Inc.) and VideoLocus, a developer of next generation video compression technologies and solutions (acquired by LSI)

As an advisor to both the Government of Canada and the Province of Ontario, Andrew currently serves on the board of Ontario Centres of Excellence (OCE).

Andrew holds Bachelor of Applied Science (Mechanical Engineering) and Bachelor of Arts degrees from the University of Waterloo. He is a Certified Corporate Director, a Chartered Financial Analyst and a Chartered Accountant. 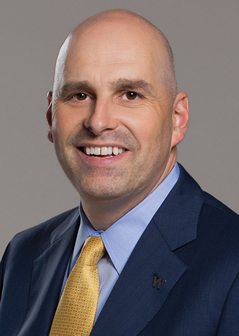 Tim Jackson is a founder and Partner of Tech Capital Partners where he focuses on investment opportunities in the wireless, communications, new media, and internet sectors. In March 2010, Tim also assumed the roles of CEO of the Accelerator Centre and Associate Vice President Commercialization at the University of Waterloo.
Prior to co-founding Tech Capital, Tim was CFO and CEO at PixStream, a technology company focused on distributing and managing digital video across broadband networks. At PixStream, Tim successfully raised over $60 million in equity capital and negotiated the $550 million sale of the company to Cisco Systems, one of the largest technology company acquisitions in Canadian history.

In 2009, Tim was named a Fellow of the Institute of Chartered Accountants of Ontario (FCA), the highest designation the Institute confers, awarded for outstanding career achievements as well as outstanding service to the community and the profession. Tim also received an Award of Distinction from the Institute in 2006. In 2007, Tim received the 50th Anniversary Alumni Award from the University of Waterloo and a School of Accountancy Fellowship was named after him in 2005.

Tim has a Bachelor of Arts degree in Accounting from the University of Waterloo and is a Chartered Accountant.